I've cut the ribbon. The pool is offically OPEN. 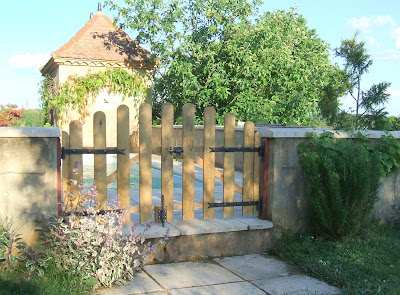 My late father was totally useless at DIY. He taught me NOTHING. However, I've managed to pick-up enough skill with a screwdriver, saw, and hammer to be able to knock up this new gate for the pool. My last one (which was made from two palettes) lasted a staggering 4 years; I'm hoping this one will last a little longer. 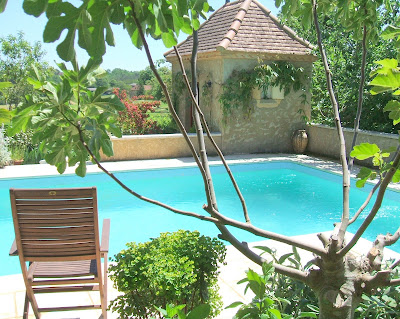 It's official. Summer's on her way. We have daytime temperatures well above 25 degrees C, and I shall now wear SHORTS until at least September (oh yes!).

I have a fairly well-organised mind (unlike the rest of me), and I always pencil-in June 1st as the date on which the pool is opened. This year, however, I've broken with strict tradition, thrown caution to the winds, and opened-up a week earlier (oh what it is to live so dangerously).

Anyway, all went well. The pump started up OK. There were no dead badgers at the bottom when it was uncovered. And the water has returned to its normal crystal clarity after just one day. I'm now waiting for the water temperature to rise a bit, then it's FUNSVILLE.