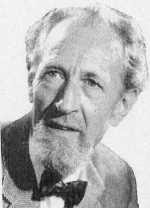 Fyfe Robertson was always one of my favourite TV personalities of the 1960's.

His relaxed but heavy Glaswegian accent, and the sporting of his trademark-tweed-trilby, made him instantly recognisable.

I remember one interview he did with an Irish Gypsy man at the Appleby Fair (a big annual Gypsy gathering).

Fyfe asked him "Is it true that you always leave a terrible mess behind you?". "Yes sir, it is", replied the man.

"Is it also true that you steal chickens and vegetables?" asked Fyfe. "Yes sir, we do that", replied the man again.

"And I've also heard that you break down fences to gain illegal access to fields", said Fyfe. "Yes sir, I have to admit that we do", said the Gypsy.

End of interview. His honesty was admirable.

Don't you just wish that Gordon Brown had said "Yes, she was a right bloody bigot!" and been done with it!

(Non-Brits may not know that wee Gawdy McBrown was recently overheard calling some old bigot, a bigot. Instead of being true to his opinion, he spent an hour apologising to the woman, and got slaughtered by the press as a result. Will we EVER get truth and honesty in politics? Thank goodness he's gone)