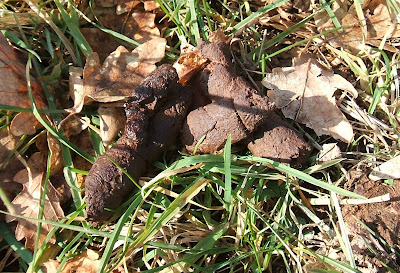 So who, when, and what, was the true origin of Pop Art? Of the name itself we are all in agreement that it was either first coined by Peter Smithson in his Ark magazine article of 1956 (Ark was the Royal College of Art's student mag'; and still is), or in an article by Lawrence Alloway a couple of years later in 1958. Personally I side with Smithson, as the work itself was being produced at the RCA.

The artists? Paolozzi, Hockney, Kitaj, Hamilton, this list goes on. Almost any South Ken' based artists of the 52-60ish era could claim affinity.

Cro's only contribution to this movement was in 1964 when he produced his 'Dog Shit Union Flag'. It took several weeks to collect the 'medium', and a whole day to adorn each 'element' in either red, white, or blue. On his last day at school Cro rose early, and lovingly created the work on the steps of his headmaster's exquisite medieval house.

What became of it, I do not know. To whom it was attributed I know not either. If, or not, it had the desired effect upon its recipient I care not one hoot. It is the excecution of the work that gives the pleasure. The Hoxton Hooligans liked to think they could shock. Not me, they couldn't, sunshine. Seen it, done it, been there.

You will be pleased to hear that Cro now works in paint, pen, and pencil. Not a dog turd in sight!