So, what happened yesterday? 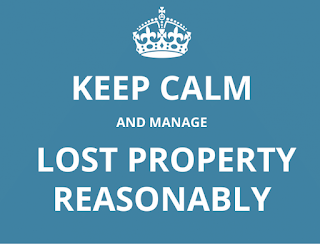 I was expecting to pick-up my car from the garage yesterday morning, but it'll now be this morning instead (we'll see). She's having a new clutch, and they had to wait for the part to be delivered.

My oldest is in Bologna; no doubt eating lots of Tagliatelle Bolognese.

On returning from an early small shopping trip, I found a woman's bag just a few metres from our house. I took it home, and as I've done before, I immediately tried to locate the owner.

Inside there was just about everything you really wouldn't want to lose. It contained her passport, her purse containing quite a lot of money, her phone, all her credit cards etc, and all the other paraphernalia that a young lady would carry around with her.

Luckily I found her mother's phone number in the back of her passport, and I called her in Norwich. Then between us we managed to trace the young lady, and eventually she herself traced her belongings by some 'locate my phone' app on her mobile. She knocked on my door about 20 mins after I'd found the bag. It hadn't been stolen; possibly just lost due to over indulgence.

She was a very nice young lady, and was delighted to be reunited with all her stuff. Luckily she hadn't started to cancel all her cards. She told me that she believed people in Brighton were honest; I'm not too sure that they all are!

Another lovely hot day, with a BBQ in the evening. Never a dull moment.