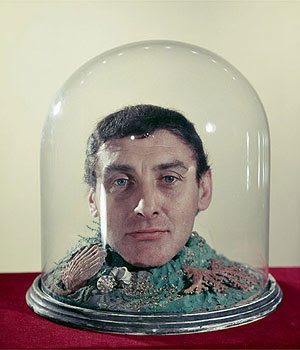 The name of Spike Milligan is known to every English and Irish man; but quite possibly not anywhere else; other than Australia. (This may not be so; see Comments. In fact he is quite possibly known absolutely everywhere!).

Milligan was a comic; he wrote a very successful war-time radio comedy show called 'The Goons'. He was also a good friend of Prince Charles.

Other than being a tad bonkers, he was also an erstwhile 'poet'....

Things that go bump in the night
should not really give one a fright.
It's the hole in each ear
that lets in the fear.
That, and the absence of light.