Not for the faint-hearted. 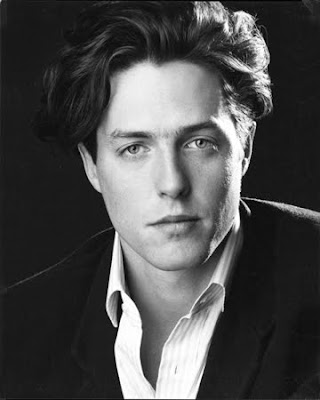 I really don't want to upset anyone (especially not his handful of fans), but I have a personal theory about Hugh Grant (an English actor).

There's no question that he's a very annoying actor. He only ever plays ONE character; 'the-confused-little-boy-lost'. Even so he's managed to make a few watchable movies. The 1994 film 'Four Weddings and a Funeral' is now a British classic; even if the ghastly Andie MacDowell did try to ruin it single-handedly. Who will ever forget her line 'Is it raining? I hadn't noticed' at the end of the film. Wooden? Lignum Vitae! (Shampoo ad's are much more her thing)

Otherwise 'About a Boy' was a reasonable story, 'Notting Hill' was passable, and 'Love Actually' probably worth watching a couple of times.

There's no doubt that women are attracted to his boyish good looks, his pretend stuttering, and ridiculous bumbling faux shyness; but I do wish (at least once in his career) that he'd try to play a slightly different character. A week at Drama School perhaps?