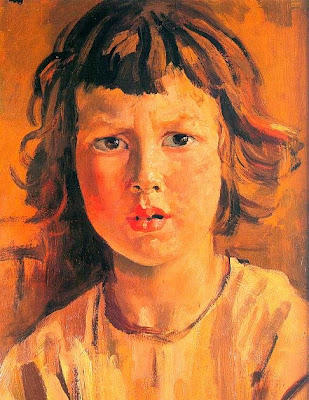 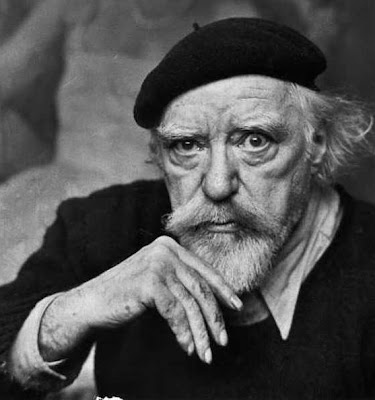 When I was a student (and ever since) there were certain painters who really influenced the way I looked at my work. Amongst them (and probably the most important) were Matisse, Derain, Schmidt-Rottluff, the early works of Van Dongen, Duncan Grant, and Augustus John.

This doesn't mean that visually my work is in any way similar to that of the above-mentioned; the influence is to do with my attitude towards the whole 'idea' of painting. Why we do it, what it's for, how we look at it, etc.

The portrait of 'Robin' (above) by Augustus John, is what I would call a 'good' painting. It has all the elements of knowledge, talent, ability, and a poignant sense of aesthetics; concentrated into an ease with which John manipulated his materials. He had mastery over his application, he was a brilliant draughstman, and he exhibited a freedom in his work that only 'genius' can let loose.

Between 1910 and 1928 John lived in the south of France. Later, back in his native Wales, he also travelled Gypsy style in a horse drawn wagon, complete with his wife Ida, his mistress Dorelia, and his children from both women. Regular readers will know that, by chance, both France and Gypsies are a particular interest of mine.

If I had just a fraction of his talent, I would be a very happy man.