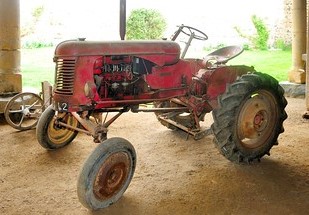 There is a sense of gaiety in the camaraderie of country folk. Collective effort creates bonds that otherwise would be absent. How many marriages have been initiated by the collective (mixed-sex) heaving of wheat sheaves, or the gathering of grapes. How many small farms have been expanded by the linking of families, and the joining of lands.

But, when the sharing of tasks is no longer there, and neighbours no longer pool their resources to bring in the crops, that feeling of community is lost, and people become insular. They no longer 'hammer-out' their problems; they discuss within families and their accusing fingers always point at others. Feuds can easily split close neighbours, and rivalry takes precedence over where once there was friendship.

The natural urge to help one's neighbours was what helped keep small rural communities together. X helped Y, then in turn Y helped X; it was always thus.

Life was like this 47 years ago when I first moved to my small village. As soon as the hay was baled we all met in the fields, and it was brought inside before nightfall; this could never have been done alone. When the grapes were ripe, we all arrived with our baskets, and without prompt, we got on with the job. Once the juice was all inside the huge oak vats, Madame Farmer provided a generous meal at the end of a hard day's work.

Since those days Tractors have taken over much of the work; where once the was a 'Pony' (top photo), now there is a monster (below). No man with a pitchfork can lift one of today's big round bales onto a trailer. 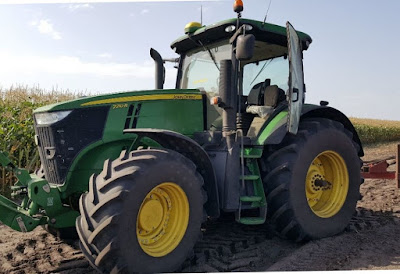 Tractors naturally increased in size, their costs became exorbitant, and hay is now cut and baled by machines that cost a fortune, rather than by a few neighbours who gathered to do the work amidst laughter and friendship.

Many fields now remain dormant; occasionally being mowed by those huge tractors for the sake of tidiness. Who needs to grow crops, when they can be delivered from Spain at half the price?

Now I see once busy farmers wandering around their farms, with little to do but check that their 'Single Farm Payment' has arrived from Brussels. The huge tractors remain unused, but still need to be paid for. The more attractive farmhouses become holiday homes for rich Parisians, and the land used for ponies, golf courses, or simply for admiring. The camaraderie has all but gone.

The children of small farmers no longer wish to follow the plough, they were brought-up on a diet of Hollywood films, documentaries from exotic locations, and the promise of urban wealth and glamour. Why would they wish to remain at home and watch all around them deteriorate; big cities beckon, and the arrivals are mostly young, expectant, wide-eyed, country folk.

Life has dealt a serious blow to country people, and country practices. Young 'liberals' are now more likely to discuss the rights of trans-sexuals, than to care about where the wheat is grown for their burger bun. Our priorities seem to have become muddled, and life is no better for it.

I have just been watching my neighbour Claude, down in the valley, driving his long trailer to where his big round hay bales are, unlink the trailer, collect the bales with the two spikes on the front of his tractor, place them all carefully on the trailer, and drive back home again; all done alone. If he'd still had the much smaller rectangular bales, I'd have been down there at once. A very sad sight.