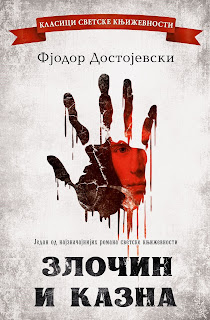 Weaver recently recounted that she'd only managed to read 350 pages of a 900 page novel. The book itself was heavy (uncomfortable to hold), and the print was small, requiring a magnifier. The book 'The Count of Monte Cristo' by Alexandre Dumas had been selected by her group 'book club'. I know exactly how she felt.

My own major problem, when reading, is with names; mostly Russian names.

I've always enjoyed the stark drama of the great Russian novels, and have attempted to read The Brothers Karamazov, War and Peace, Zhivago, Anna Karenina, Crime and Punishment, etc, but I always manage to get bogged-down by the names. I even used to make my own list of characters so that I could keep up with who was who, but even that failed. The novels I did manage to read through to the end probably skipped through many of the characters, simply because I couldn't be bothered.

Why I should be confused by Semyonov or Plotnikov, and not Rutherford or Braithwaite, I have no idea, but somewhere between my eye and my brain an uncontrollable confusion takes over.

I recently read a novel (about Russia, rather than by a Russian) which I found a total pleasure. Amor Towles uses his characters sparingly, and one can easily keep-up with who's who. I read the book almost like a book of short stories, picking it up for a few chapters at a time, and still the characters remained easily identifiable.

Having received a 'visual education', one might have thought that I would see names much like pictures, but that doesn't happen. I see Russian names as 'a confusion of letters', often with far too many consonants.

This doesn't happen with other nationality names, only with Russians.