Is this the end of the traditional British Picnic? 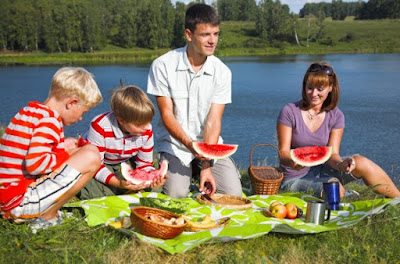 New long awaited legislation has just been announced about the carrying of knives, knuckle-dusters, machetes, etc. As of July 14th 2021, miscreants will now be liable up to 6 months in prison, or a fine, or both.

It is also in the new legislation that if knives listed in the prohibited list of weapons are found inside someone's home, the owners will be equally guilty as if found outdoors.

I, myself, keep a small No 8 Opinel in the car, I eat with a No 9 Opinel, and, at this time of year I usually have a No 8 (or a specific mushrooming knife) in my pocket. I'm not yet sure how this would be seen in the UK; I may be clapped in irons if caught.

I note that the man in the photo is holding a long knife (with which I imagine he sliced that melon), as from the 14th this is now a crime, and his picnic could cost him 6 months in the slammer. Woe is he!