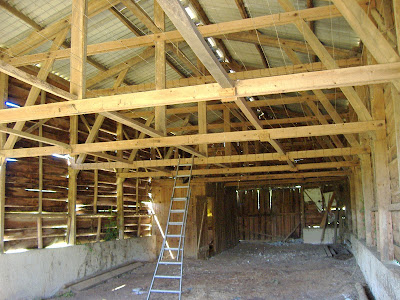 As we acquired it, in its raw state; and what a state! Earth floor, asbestos roof, cobwebs, and plenty of wood munching insects. 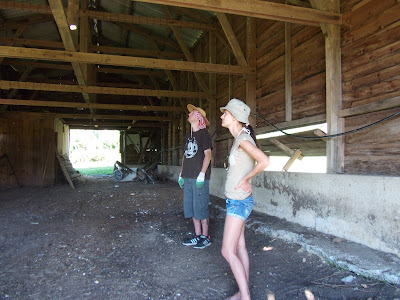 Wills and Kellogg contemplating what needs to be done. Long hard thoughts. These two photos above were taken in August 2011. 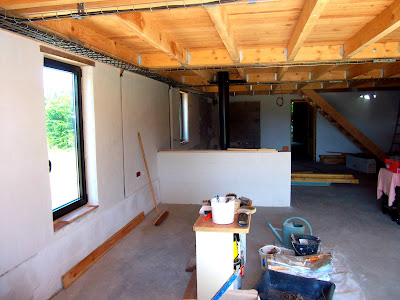 Now, 4 years on and we're slowly getting there. The bedroom divisions are being plaster-boarded as I write, the downstairs bathroom will go in quite soon, and everything is ready for the kitchen (probably Ikea) to be bought and fitted.

Wills, Kellogg, and Bunny arrive at the beginning of July. It should be liveable-in, but not finished. They can then have fun stamping their own mark on the place.

My yesterday's job, which you might just see, was tiling the two downstairs windowsills. I used ancient-looking quarry tiles (the ones we had made for the 'tower') which when waxed will look wonderful. Very satisfying job.