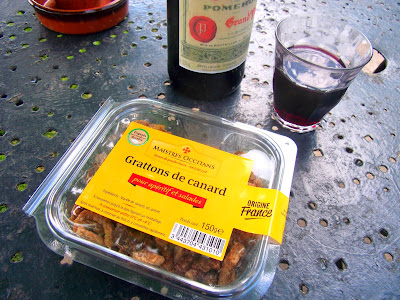 Anyone reluctant to leave British shores on account of their fear of being deprived of their favourite bar snack can now think again.

English Pork Scratchings have been a favourite of mine for years; I'm talking of those fatty ones which usually come with a few errant bristles. The ideal accompaniment to a pint of bitter.

These may not be the perfect alternative, but they're pretty good; and (for purists) they do come with the occasional tiny feather. 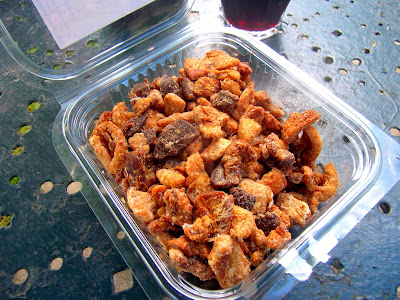 Duck Scratchings are a relative newcomer to French gastronomy. As far as I'm aware they first appeared about 5 years ago.

I notice on the very bottom of the label it says that they should be eaten rapidement after opening; what else would they expect? The above have now gone.

Not everyone's cup of tea; I know.