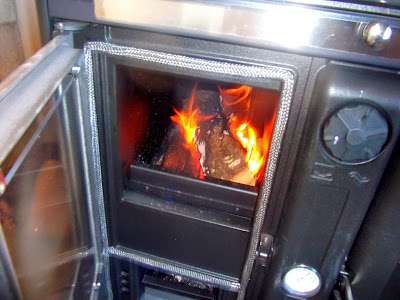 Yesterday our brilliant Heating Engineer, Michael, fired-up the completed heating system. The solar panels were unwrapped, the radiators opened, and the wood fired cooker/water heater lit. Everything worked as expected, there were no leaks, and everyone was happy. 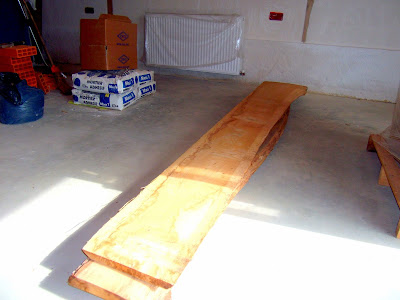 These are the two chunky oak planks that I picked-up from Besse (see yesterday), they will end-up as kitchen worktops behind the above stove. It was a very slow journey home as they bounced about, perilously attached to the top of the Compact Royce. In the picture you can also see one of the new radiators. 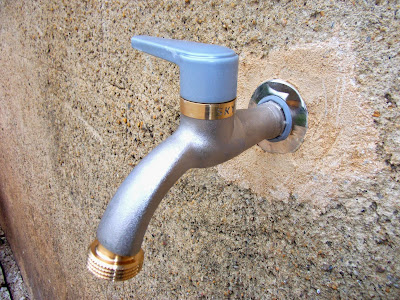 OK; it's only an outdoor tap, but it's a rather special one. It's a brand new Italian design called 'SKY' which will resist temperatures of -30 C to +120 C, it is also self cleaning, and non drip. I won't tell you what it cost! I'm not over-keen on the design; but it's the only one of it's type available.. 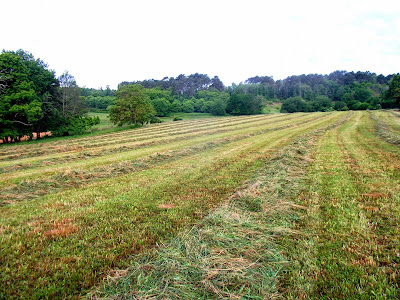 It's also hay-making time. I suspect this lot, in front of the cottage, will end-up as big round bales which will then be wrapped in white plastic. A sort of instant, easy way of making silage.

And finally, as I had nothing else to do, I also opened the pool. No surprises; just one blocked skimmer which was easily cleared, and the water was quite clear. All should be scrubbed and cleaned by this afternoon. I noticed that the water temp' was 16 C...... so no swimming yet.