Luddites on the march. 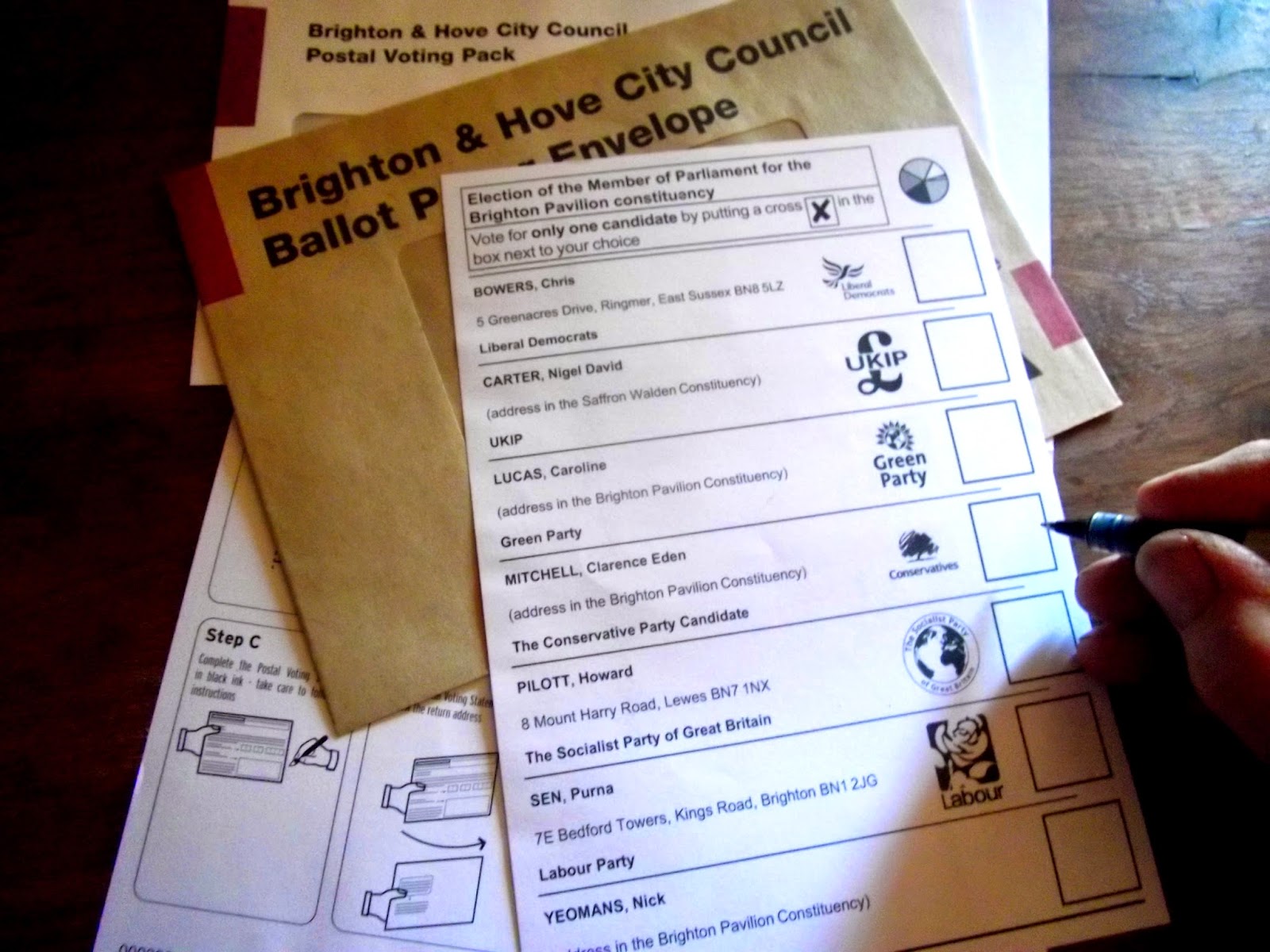 So, here it is; my postal vote Ballot Paper. It's been filled-in, and sent off back to Blighty; my little contribution to the upcoming UK general election, which must be one of the most unpredictable and bizarre in living memory.

We currently have a government which has managed to bring back the country's failing economy from disastrous to flourishing (it's now at the very top of the IMF's success list), yet there are still those who for idealistic, social, or even traditional family reasons, are willing to throw it all away for their own egotistical short-term gain, regardless of the inevitable chaos that they all know will ensue.

Deals are being done in back-rooms between political factions who otherwise wouldn't piss in the same bucket.

The worst culprits, I suppose, are The Scottish National Party (who recently failed when trying to obtain independence for their beloved Scotland). They are now attempting en masse to replace Scotland's Labour contingent, and invade the Westminster that they so despise, in order to force through all sorts of advantageous fiscal programmes in favour of their loony-left supporters North of the border. One suspects that blackmail is afoot!

There are rumours that the SNP will make a Mafia style deal with England's left-wing; creating one of the most dangerous coalitions in living memory. Red-Ed denies this, but he speaks with forked-tongue.

The only thing that can save the UK is an outright win for either The Conservatives, or (heaven forbid) Labour, both of which are highly unlikely; I know which I'd prefer, but either would be preferable to some corrupt lefty coalition.

Everyone in the UK is aware of what's going on, it just remains to see if they could give a shit about it when the time comes to mark their ballot papers; I fear not.

David Cameron (our present PM) must really be regretting not having supported Scotland's bid for independence.WE DID TELL YOU DAVE! With no Scottish Loony-Left-Luddites in the picture, the UK's future (and Dave's) would have been secure. Too late now matey!

STOP PRESS: Dear Caroline Lucas (Greeny above) is now in bed with Russell Brand.... The kiss of death... Whatever next!