Not Jew's Ears, maybe Tittypines, and an absence of Tadpoles. 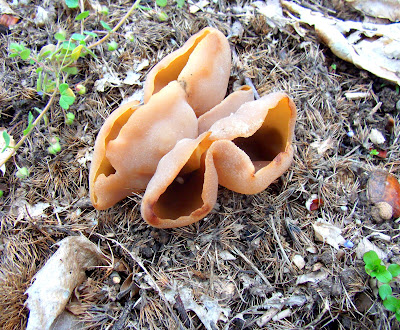 At this time of year I go to a particular woodland in search of the elusive Morel mushroom; which I CAN NEVER FIND. However, on my yesterdays' walk I found what I originally thought to be a couple of Jew's Ears.

Knowing that Jew's Ears usually grow on trees, I consulted my Roger Phillips book, and now think them more likely to be Paxina acetabulum, which, unlike it's doppelgänger, is actually poisonous. It just shows how cautious one has to be (not that I would have eaten Jew's Ears anyway). 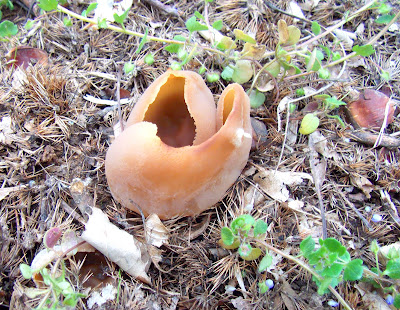 We have no primroses here, but we do have an abundance of Cowslips.

There are plenty of alternative names for the humble Cowslip, some of which are Fairy cups, Palsywort, Plumrocks, and Tittypines. I shall leave you to take your pick! 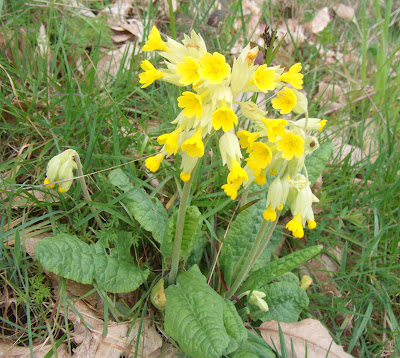 Yesterday I'd wanted to take a photograph of all the Tadpoles in this small puddle (below), but all I found were footprints. If they'd been at home, I'd have said that they were made by Chickens; I wonder what they really belonged to?

Whatever it was has had a very good meal; there wasn't a single Tadpole left.! 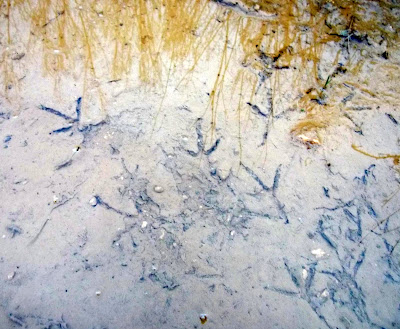