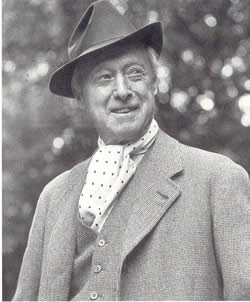 There is no doubt that Sir Alfred Munnings was a very fine painter of his genre. His horse pictures, along with those of Dame Laura Knight, were the finest of his era; even more remarkable as he'd lost an eye at an early age.

In 1966, just after I left the London Stock Exchange, I managed a small Art Gallery in Devonshire Street. We specialised in early topographical watercolours and engravings, but we also had a good selection of quality figurative works by good painters.

One day a very well known Bond Street dealer (I won't mention his name) came in and bought a large unsigned painting depicting a group of gypsies and horses. It was a fine, but unattributed, picture, and had been much admired in our window, where I'd placed it about a week earlier.

About two months later I was viewing an auction sale at Sotherby's (also in Bond Street) and noticed the self same picture cleaned, reframed, and now signed by Sir Alfred Munnings.

I returned to the gallery and showed my boss the catalogue. He immediately contacted Sotherby's, and the 'well known dealer' was banned from attending, or using, the auction house for several years.

This sort of thing is not uncommon in the art world, and had he sold the newly signed painting through his impressive and expensive Bond Street gallery, it would no doubt have gone un-noticed. It was the brazen cheek and greed that annoyed us so much, and he paid the price.

Nowadays his punishment would also have included a spell at Her Majesty's pleasure; such things are taken much more seriously.
Posted by Cro Magnon at 05:41