Occasionally I get quite 'emotional' about my animals, past and present.
Just recently I posted the Lotte Lenya song 'September Song', and whilst listening to it I was looking at the first three pictures (below) on my sidebar. Freddie our handsome Tabby, Bok who was given to us so that he could be with his best friend Monty, and Monty himself who may possibly have been poisoned, and died very young. 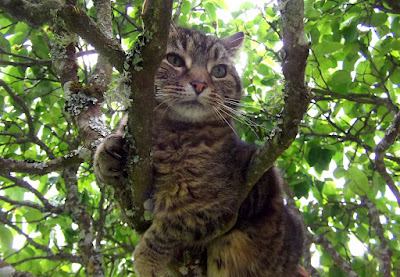 If you visit this page often, you will be familiar with these three, as I keep their photos permanently in front of me. 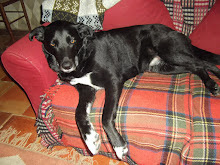 It's a huge responsibility looking after animals. We try to make them as comfortable as we can, we feed them good quality food, we look to their general well-being, health, etc, and we show them as much love as possible. Having done all that we can only hope that they are happy, and enjoy living with us. 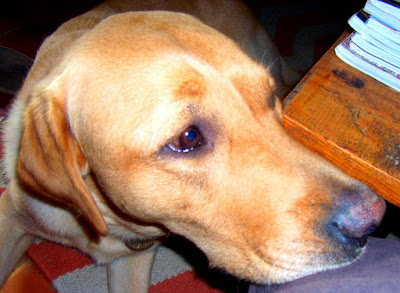 When Bok died, I was totally distraught. I'd been here by myself for a few weeks, and his sudden prognosis and death came as a shock, and hit me really hard. I'd thought he was simply overweight, but in fact he'd had a huge internal tumour. He had given no signs that he was unwell; I wonder if he even knew? I swore I'd never have another Dog; the pain of losing him was too distressing. 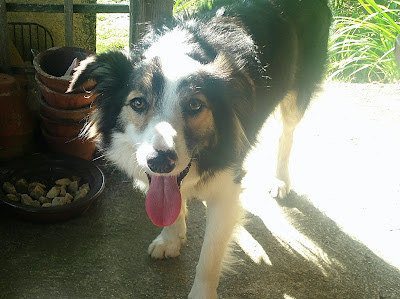 But then, along came Billy, a scruffy looking, very young, mutt in a shoebox. In fact it was a Border Collie Puppy given as a present by my son Kimbo. Just when I thought we'd never have another Dog, here was Billy and he was gorgeous. He grew to be the proverbial Swan.
I often wonder if he likes us, if he's happy, and if he misses his own Dog family. I'm pretty sure he likes it here, I think it offers everything any Dog would wish for; he also has a very good friend nearby, Amie, a big female German Shepherd who he plays with almost daily.
p.s. Since the start of the pandemic, there has been a huge increase in demand for pets; especially Dogs. This has also led to an increase in theft of both Dogs and Cats. Such thefts are often for ransom, but mostly they are to sell on for very large amounts of money. With this in mind, new laws have appeared in the UK treating both Dogs and Cats as 'sentient creatures', and as from mid-September (I think), animal thieves could receive custodial sentences of between 2 and 5 years. GOOD!
Posted by Cro Magnon at 04:22