Neither a lender nor a borrower be. 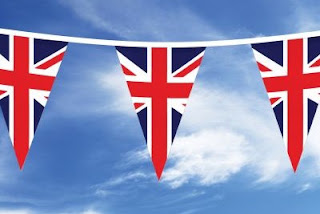 I wish I had taken more notice of Polonius (Act 1, Hamlet). I would not only be richer, but also more at peace with myself, and maybe with others.

I cannot count the amount of times I've lent books, records, objects, and even DIY tools, to 'friends' who have never returned them.

I used to keep a small 'who had what' book, to remind myself of where things were, but I felt rather mean-spirited, and decided to be more trusting; that trust has not been reciprocated.

Some of the books I've lost were real favourites that I'd stupidly recommended to a borrower; very annoying. Several old records, even though I no longer have a machine on which to play them, have never been returned. I once even lent a whole portfolio of drawings to someone for her interview at The Slade. She was accepted; I never got my drawings back! I could go on.

I once sold a Richard Hamilton print (Adonis in Y Fronts) to a 'friend'. I was never paid. That print is now worth around £25,000. But that had nothing to do with 'lending'.

Some while back we reluctantly lent an extra-large old hand made Union Flag to someone; at the same time as 'giving' them some modern Union Flag Bunting, which we were happy to do. The large flag, however, was an heirloom, it had been in my family for yonks and I treasured it; the person involved was told that I wanted it back. When Lady M asked if it could be returned, she was insulted, and told 'not to always blame others'; whatever that was supposed to mean!

It's a petty matter, and we've now accepted that the person involved will always be this way; and my treasured flag has gone for ever. When certain people know they're in the wrong, they instantly revert to lies and insults; it seems to work!

I'm now very wary about lending anything to anyone; which rather saddens me. Having always been kind to people, it has been their dishonesty which now makes me feel the way I do.