Forget Football and the Euros, it's Cricket season; and perfect weather for it too.
My oldest, Kimbo, is a keen Cricketer, and plays for a decent Hertfordshire team. This last weekend he chalked-up his best ever score as an opening batsman. He and his fellow opener scored 112 between them, with Kimbo, at No 1, scoring the highest, by just 4 runs. He was eventually bowled LBW. 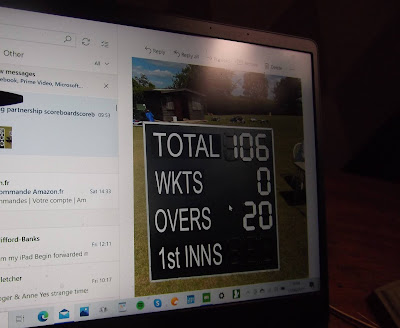 I like to think that it was me who encouraged Kimbo's love of Cricket. I would take him to watch Sussex, bowl at him in the nets, and got him a junior trial at Sussex CC (unsuccessful). 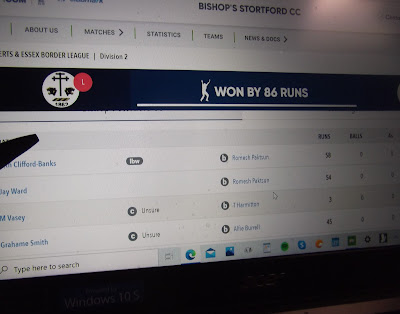 N.B. He did point out to me that his score was higher than any of the England players v NZ over the weekend; so maybe there'll be an opening for a new England player?