It is often claimed that great cuisine comes from times of hardship; people worked hard to make the best of what little they had, and as a result classic dishes were created.

In his book 'A Gentleman in Moscow', Amor Towles writes 'In a period of abundance, any half-wit with a spoon can please a palate. To truly test a chef's ingenuity, one must instead look to a period of want, and what provides better than war'. One wouldn't wish war on anyone, but in terms of cuisine, it had its rewards. 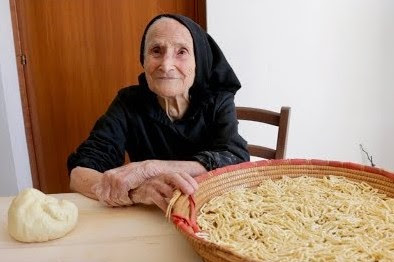 From what I've heard of Russian cooking, they were not the most inventive people; unlike the Italians or French. With flour, water, and a Tomato, the Italians could make a delicious meal; the Russians just 'boiled'. My late Father-in-Law spent several years in Moscow, and only ever ate well at foreign embassies, delegations, etc.

When I first arrived to live in France, in 1972, I was often amazed by the pure skill of local farmer's wives. They produced the most spectacular 'banquets' with whatever grew on the farm. Of course, in those days they still had Pigs, Hens, Ducks, Geese, Vines, large Veg' gardens, plenty of fruit, and the passed-down knowledge of how to turn everything into the most delicious meals imaginable. I can remember well being amazed by my lovely next-door neighbour's Confit de Canard and her Hams and Pâtés. I had never tasted such delicacies. She took such care to make everything perfect. Mostly, these skills have now disappeared; the Supermarkets have made sure of that.

The combination of Peasant Farming, and Poverty, is responsible for some of the world's classic dishes, but with the rise of moped-delivered fast foods, I suspect that (unless something drastic happens) we have seen an end to poverty-based gastronomy. The world will be a lesser place as a result.

RIP Madame D; one of the last of an era. She taught me so much, I can't thank her enough. She would NEVER have presented me a dish either topped with 'foam', or sprinkled with micro-herbs.