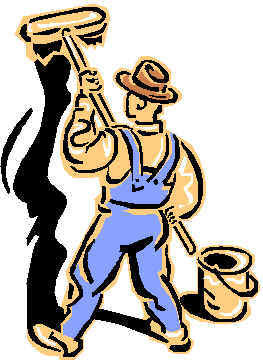 Please read below before clicking above.
I mentioned this last sunday, but whilst living in London, back in the mid-60's, I met some really interesting, bizarre, and notable people.
Amongst the bizarre list (and very close to the top) was a man called Lionel Burleigh.
I first met Lionel at a rather smart Bond Street vernissage, when he sidled up to me and whispered 'Just say I'm your uncle'. We toured the lacklustre show together, then went off for a couple of beers at a nearby pub'.
Lionel fascinated me from the beginning. Over the time it takes to down a few pints, he revealed several of his more interesting recent exploits. He'd managed to fix one of his own paintings to the wall of a Picasso exhibition at The Tate, he'd published the world's most unsuccessful newspaper (The Commonwealth Sentinel, which first appeared on the 6th of Feb 1965 and closed the following day), he'd persuaded British Rail to reinstigate The Brighton Belle (a dining/drinking train service to the south coast) losing BR a fortune, and he'd sent all of his 9 children to Drama School and managed to live off their bit-part earnings.
Somehow Lionel persuaded me to allow him to use my premises in Chelsea (I was in the antiques business at the time), for a 'Painting Marathon'. His aim was to paint several hundred pictures in one day, and sell them off at a few shillings a time to passers by.
All went according to plan, except that he only sold about two. At the end of the day he gave loads of them to me, but they were such rubbish that I threw them away at once. We remained friends for a while then he simply disappeared. No doubt he'd found some other mug to tolerate his eccentricities.
Anyway, I recently came across the above clip of dear old Lionel. He's doing what he did best (or worst), and making our lives just that little bit more fun in the process.
It was good knowing you Mr Burleigh. But you were a dreadful bloody painter!
Posted by Cro Magnon at 05:54