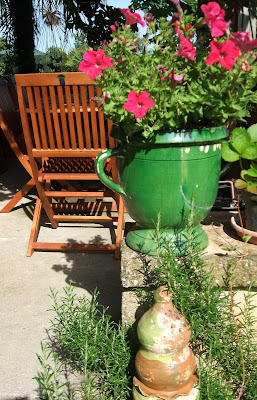 These green glazed garden planters, are very typical of southern France. They even make our bog standard Petunias look good. The piece of chipped glazed terracotta is the top of an old pinacle. It must originally have stood atop a very impressive building. 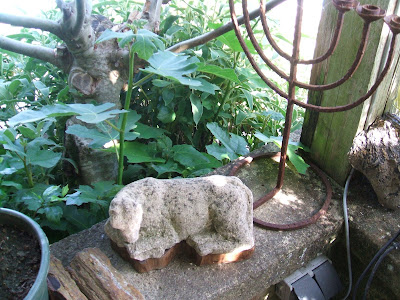 This medieval carved stone cow has certainly seen better days. Still, it makes a reasonable garden ornament. The rusty candalabra was an experiment, by a blacksmith friend, that went wrong. He chucked it out; I saved it. 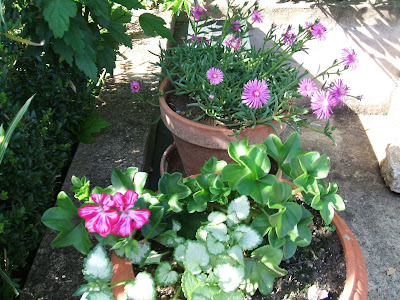 The uppermost pot contains a plant that came from a friend's house. I half-inched (stole) a tiny morcel and stuck it in some earth. Now, several months later, it's a thriving, and attractive, flowering plant. Some knowledgeable person may like to enlarge the picture, and let me know what it is. It's a type of succulent. 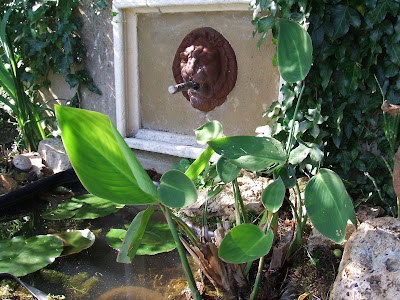 The fountain that no longer flows. Never mind; it's the thought that counts! We no longer have fish either. Having survived a very harsh winter, they all died this spring. We have no idea why.