Various things in the news. 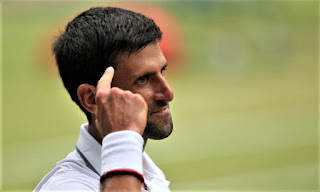 Teachers in the UK are NOT to be referred to as 'Teacher Smith' or 'Teacher Jones' as the Woke brigade have demanded; Sir and Miss will continue. Success at last for common sense.

Randy Andy has given in to his £12Million 'compensation' demand. It does look as if the 'kiss-n-tell' saga has been successful, and the person involved has made millions from three different individuals. A good night's work. The moral of the tale must be 'always get signed authorisation (in triplicate) prior to any rumpy-pumpy'.

A UK Celeb's mother has been speaking out about her daughter's suicide two years ago. The person involved was to have faced charges for domestic violence having seriously assaulted her boyfriend whilst he was asleep, and decided that rather than face the shame and consequences of a court case, she sadly preferred to end her life. Her mother is naturally still very upset and is blaming everyone other than the perpetrator. One can but wonder that if it had been the boyfriend who had been violent towards her daughter, whether she would have felt the same. I don't wish to seem unsympathetic to this mother, but violence is always violence. These days both Goose and Gander are equal.

As I write, it is D Day for the Ukraine. I may need to alter this as things develop. Let's hope that Putin sees sense; although I fear that it may not be one of his more endearing qualities.

A 15 year old Russian skater has been allowed to continue in the Olympic Games despite testing positive for three different banned drugs. We all know why Russia is banned from competing in the Olympic Games, which is why they enter their athletes under the silly (fooling no-one) title of 'The Russian Olympic Committee'.  One rule for the Ruskies, another for the rest of us.

Mr N Djokovic has given an interview to the BBC where he explained his reasoning for not being vaccinated. His erroneous PR exercise has strengthened most people's view of him as being ignorant, arrogant, and misguided. Next time, best keep your mouth closed!