Their names live on.

I remember as a small boy, my father's good friend, a certain Mr Paul, having a road named after him in our Surrey village. I'm pretty sure it was called Paul's Mead. I was mightily impressed. 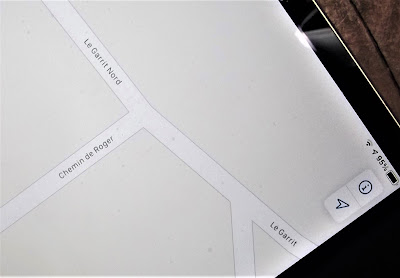 Of course many great men and women have roads, squares, or boulevards named after them.
We all know of Grosvenor Square, Boulevard Haussmann, and Columbus Avenue; famous landmarks named in memory of important people.
Even the back-streets of rural France are known to honour its more important citizens. Take the above for example, in my own tiny hamlet. Le Chemin de Roger. Not a grand Place, Boulevard, or Avenue, but a simple Chemin dedicated to a local dignitary, so that he may not be forgotten.
We all need a Chemin named after us; however unimportant our lives may be. It says 'I WAS HERE'.
I wonder who that 'Roger' person was? Hmmmm.
Posted by Cro Magnon at 09:16