Who should care for the 'Mentally Ill'.

All those who've heard of 'Incel' put your hands up. Just as I thought; almost no-one, including me.

The word has recently come to light following the killing of five innocents by 22 year old Jake Davison (below). He shot his own mother, a 3 year old girl, and three others. Davison then turned the gun on himself. 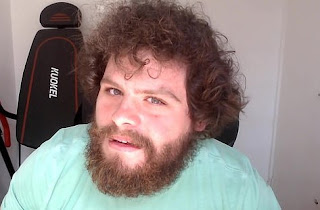 Incel is short for 'involuntarily celibate'. It is mainly a male group, but there are female adherents. They basically feel that the world is against them because they can't find girl/boy friends.
Davison looks to be an ordinary bloke; nothing either unusual or special about him. I believe he was training to be a crane operator. But he had mental issues.
The online Incel movement was obviously known to the Police, who should have been monitoring it's members. Davison's own mother had tried to get help for him; but failed. The Police even returned his shotgun to him after a period of confiscation. Bad decision making and failure all round.
The decline in mental health facilities began in 1960, when 'Care in the Community' became the byword for handling people with serious mental problems. Rather than look after such people in safe conditions, they were simply put out onto the street and forgotten. I can remember, myself, suddenly seeing people wandering around doing strange things; these people should obviously have been cared for.
The only times the closure of mental health institutions is mentioned these days, is when it's too late, such as happened recently in Plymouth at the hands of Davison. Sadly six people lost their lives.
Posted by Cro Magnon at 06:34