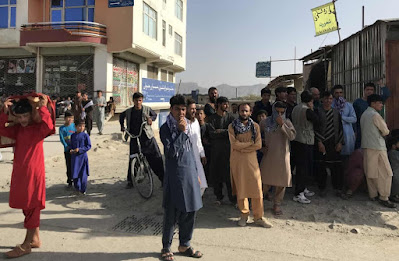 When I did my Officer Training, the very first thing we learned was to 'KNOW YOUR ENEMY, GO IN HARD, GO IN STRONG. This was at the very heart of military strategy.

I watch film of the Taliban entering Kabul, and what do I see. Not a single pro-government citizen carrying a gun (above yesterday), whilst every member of the Taliban is carrying an AK47 or Rocket Launcher.

What the hell have these people been thinking? What have the UK and USA forces been thinking? Every single man, woman, and child should have been armed. The idea of the Taliban simply walking into a city and saying "Surrender" is crazy. This small advancing rag-bag of an army should have been slaughtered. They represent a very small percentage of the population, and could easily have been defeated had the citizens been armed.

Why was this not done?