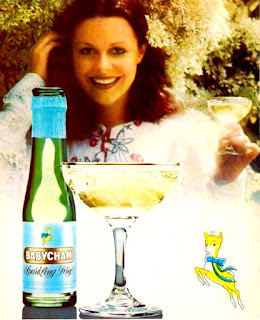 The Babycham is already on ice, the Sprouts are cooking (they need a good week), and the Turkey Nuggets are defrosting. Uncle Henry has been pissed since Easter, Great Aunt Phoebe has taken to her bed with shingles, the cat has been sick in the kitchen, and the dog has eaten half the Plum Pudding.

Everything is in place for another rip-roaring Xmas. Sadly Big Jim won't be with us again for the sixth year running; this year he punched the church choirmaster when they came carol singing, and he'll be spending Christmas in prison.

Otherwise, nephew 'Tall-Trevor' has just shown us his new Christmas Tattoo (disgusting), Aunty Pat has wet herself on the sofa, and cousin Andy has phoned to say he's stuck in Torremolinos due 'unknown circumstances' and will spending Christmas with a lady called Flo who runs The New Churchill Bar on the beach.

We're all planning our TV schedules, including the Christmas edition of 'Stenders', Dad's got some rude videos from his mate Bert, Grandma says she doesn't want anything to do with Christmas other than watching The Queen, and I've just spotted Aunty Phil dusting off the packet of Chocolates with the hard toffee centres (that I gave her last year) to give to her sister Judy.

And bloody hell; the wretched tree has fallen over again. I'll kill that bloody cat!

All is normal. Only a week to go; Happy Xmas.