The downfall of 'Labour'. 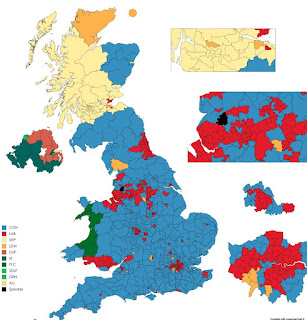 Hardly in the history of British politics has Labour been given such a drubbing at the polls.

Not since Michael Foot's 'Longest suicide note in history' party manifesto, have the extreme left made themselves so unpopular.

Between them, these four men frightened their own staunchly faithful electorate so much, that after a lifetime of dedication to Socialism, most of them voted Tory to save their jobs, the NHS, and the entire economy.

All democracies require a good solid opposition, but Labour has failed. It is now time for them to return to the center-left (much as the Conservatives represent the center-right), and try to regain the trust of the 'working man'.

It'll take time. No knee-jerk election of some popular Blair-Babe, but a well considered, educated, politician, of either sex, who can bring the party back together again.

So, I would like to thank the four mentioned above for ensuring a Conservative victory. If they wish to see their party continue in whatever form, maybe they should in future keep well out of politics, and their mouths tightly closed.