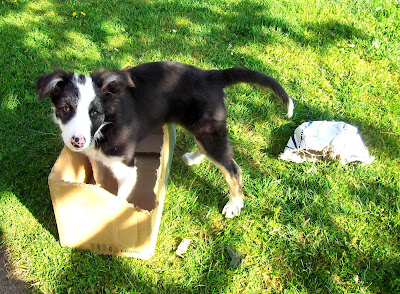 I do know that King George V's favourite toy, as a small boy, was a simple piece of wood, but Billy has far more refined taste.

He has two absolute favourite toys, the cardboard box he arrived in, and the remains of Bok's half eaten Football.  In just a couple of months, he's already eaten half the cardboard box, and the poor Football has become reduced to a shadow of its former self.

Maybe this is why he's grown so fast.... too much protein.