How To Save The Planet. 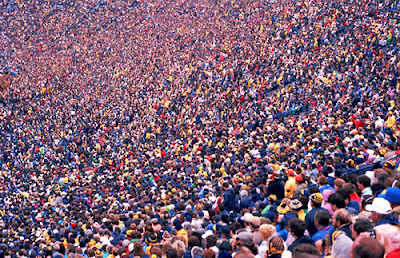 I recently heard a Chinese University Professor giving his rather idiosyncratic views on how to save the planet.

Firstly he suggested 'Meat Patches'. Similar to Nicotine Patches, they would slowly wean people off eating meat, which, he thought, was one of the major causes of world pollution and its eventual destruction.

Above is a photo of Platform 1 at Euston (London), showing some of the commuters as they queue for the early train for Manchester!