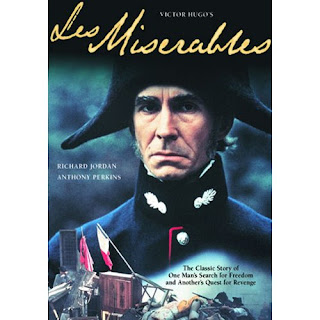 In 1978 a film version of Les misérables was shot quite close to where I live. It starred Anthony Perkins, John Gielgud, Celia Johnson, Flora Robson, and several other top-notch actors.

When time came to start filming they had still not found their Cosette, and the search was on.

Everyone said that my then 6 year old daughter 'Tenpin' was perfect for the part. She was the right age, she was quite slim, and with a minimum of make-up could easily have been made to appear 'gaunt'. She was also reasonably gregarious and stage savvy.

She was quite excited about the prospect of becoming a 'film star', and was eager to go. However, when we took her to meet the director, Glenn Jordan, she clammed-up; and refused to say a word (very out of character)!

Eventually the part was played by a girl named Caroline Ranglishe who was much too old, needed to be 100% dubbed (she spoke no English), and frankly was pretty useless.

Oh Tenpin. Had you only opened your mouth at that audition; you might now be divorcing your fifth husband, be appearing on the cover of Celebs-r-us Magazine, or be away on your regular visits to rehab. You might even have been making the obligatory 'Slimming the Cosette way' DVD. Oh well; stardom ain't all it's cracked up to be!

p.s. She now happily works for an Australian university.
Posted by Cro Magnon at 05:48