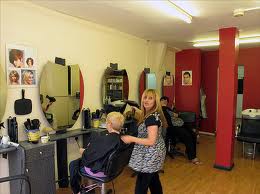 Reading someone else's posting yesterday morning reminded me of a telephone 'problem' we had many years ago when I was about 16 or 17.

We lived on the south coast of England, and our telephone number was the same as that of a Hairdresser in a nearby village; although the dialing code itself was totally different. People imagined that the code was the same as the larger nearby town (where WE lived), and would dial our number to make an appointment.

The young Cro, and the rest of his immediate family, became rather pissed-off with all these unwanted calls, and we eventually had words with the salon owner (twice), asking him if he could stress to his clients that the code for HIS village was totally different to that of OUR nearby town.

Nothing happened, and the calls continued. So whenever at home I decided to accept appointments myself. On a busy day I would make 20 or more appointments; usually for the same time, and (if I was feeling particularly evil) all for the same day. For some reason his clients always wanted to be coiffed in the mornings, at roughly 10.30am.

I imagine, on occasions, there must have been total chaos in the salon with all these women turning up for their weekly blue rinse, or their Thatcher-like perm', insisting that they were the first to be seen.

I would now like to apologise to all those women whose time I wasted, and also to the salon owner himself. Of course, given the chance I'd do exactly the same again (it was strangely empowering).

Some time later the calls stopped. Wisdom must have prevailed, and I presume he changed his number. Shame!

And the moral of this story? Well, there isn't one!... You'd be spoiling someone's day if you double-checked your hairdresser's phone number. Best to try to memorise it; there's probably another Cro out there somewhere!
Posted by Cro Magnon at 06:13