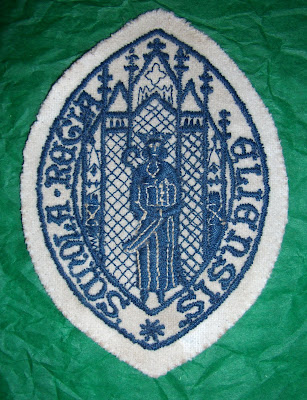 I attended a VERY OLD school; in fact one of the world's OLDEST. 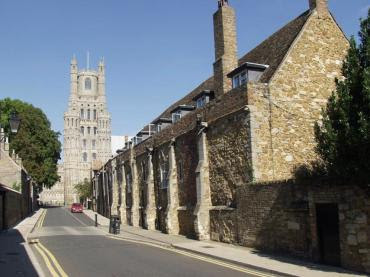 The medieval building on the right, with the buttresses, is where I spent 4 years of my formative life between the ages of 14 and 18. It is claimed to be 'The Oldest Residential Building in Europe'.
The official foundation date of the school is given as 970; making it 1041 years old. In fact it dates back much further but details are scratchy. In 1970 they did away with a thousand years of male-only tradition, and decided to take in GIRLS (Damn; why didn't they do that during my time!!).
Note that there are very few chimneys on the building. In the winter water would freeze in bedside glasses, and any mention (by us) of comfort was regarded as just plain 'girlie'. Frankly I'm amazed we didn't all end up with hypothermia.
Since my days this particular building has been given a complete re-vamp, and no doubt they now have central heating and comfy chairs. I don't suppose that boys are whacked any more either, or even given the painfully time-consuming punishments that we were forced to endure. Life at school was pretty rustic in my day, but it was also wonderful. I wouldn't have changed a thing. Anyone who's seen the 1968 film 'If' (with Malcolm McDowell), will have witnessed exactly how life was at my old school (except for the killings). Latin speakers will also be able to tell where this was; otherwise I'm not saying!
Posted by Cro Magnon at 05:10