I was just a slip of a lad when Her Majesty the Queen succeeded to the throne in June of 1953. She has been my Queen and matriarch ever since.
I've never had the pleasure of meeting her in person, but I have seen her several times from a short distance. Mostly she has been that image on stamps or bank notes; a permanent figurehead who always appeared on special occasions, and on whom one could depend to represent her country and subjects with impeccable dignity and decorum. She was the one Head of State that Leaders the world over wished to meet. 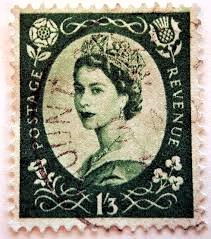 Her Majesty has always been non-political and neutral on all subjects. She has been the one important figurehead on whom one could always rely. Charles will now need to follow her example, and keep his more controversial opinions to himself, regardless of how sensible they may be. His eco-warrior credentials must from now on be kept under wraps.
70 years of unfailing service and duty to her country, and her subjects, is a record that will never be bettered, and I thank her for that service. I feel honoured to have been here throughout her reign, and to have also been around during the reigns of both King George VI her father, and the future King Charles III her son.
Her reign was sadly marred by a wayward son and a couple of wayward consorts, but she herself caused not a single upset, and a new reign can begin without an iota of past embarrassment or scandal. A remarkable legacy.
The Queen is dead, Long live The King.
Posted by Cro Magnon at 05:41