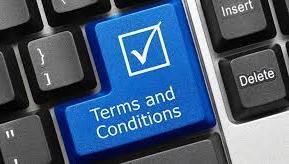 As most people are aware, I'm a rather ordinary, bucolic, 'middle of the Road', law-abiding, liberal thinker, and as such I have very few 'rules' as to who I allow to comment on this page; or even what I find acceptable.

I don't tolerate abusive or insulting language, either aimed at myself, or between visiting commentators. Such people will be deleted at once.

I don't care for radical born-again religious fundamentalists, nor do I allow extreme political views from either the right or the left.

With the left having experienced such a trouncing in the recent UK general election, I've noticed that recently their supporters have begun leaving irrational, extreme, and unacceptably disturbing comments. They too will be deleted. Sadly we are witnessing a massive rise in such radicalism across the UK and elsewhere, and it worries me.

My third criteria has always been to eliminate 'trolls'; those who visit simply to be abusive and contrary. I have no time for them.

As for the Snake oil salesmen, Witch doctors, ATM scammers, and the so-called Illuminati, they are simply puerile, and their posts will be sent directly to my spam folder.

It's not a pleasant thing to do, but occasionally I do find it obligatory to 'un-follow' certain bloggers. This is not because I wish to stop free-speech, but because occasionally certain people become ever more extreme and abusive; almost because it's expected of them. No doubt alcohol plays a big part in such outbursts, so some leeway has previously been offered.

Some may remember a blogger who become totally obsessed by religion; his page continues, but he now has no visitors.

'Un-following' may also give them the opportunity to reflect on their beliefs or behaviour, although it appears that some are so entrenched in their radicalism, that I fear this is no more than wishful thinking.

Otherwise, all other comments are extremely welcome.