The Decline and Fall. 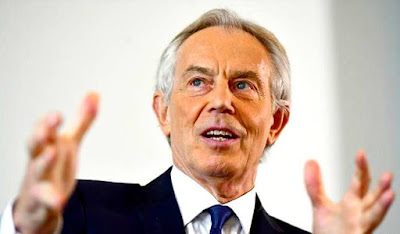 There is no question that Labour, and their policies, are outdated and need a re-think; their few remaining supporters are becoming desperate to find anti-Tory slurs, always a sign of panic.. Everyone in the Labour party agrees, even with a new leader they will struggle to achieve power within the next 10 years, or even more, unless something very extraordinary happens.

Labour needs to come politically much closer to the Tories (Blair understood this); the Marxist policies of Corbyn, Long-Bailey, and McCluskey are from a bygone age. The UK needs a middle-right, and a middle-left; extremes have no place in adult Western politics. We need policies which put the country first, not some Marxist ideals.

Many in the Labour party are now saying that they need another Blair; but even he was a total disaster. Apart from being personally responsible for most of the unrest in the Middle East (and on our own doorsteps) he also managed to do what all Socialist governments do; create unemployment amongst the very people who voted for them. He was also responsible for mass deportation; 29,040 in 2006 alone.

Things don't bode well for Labour, but they still attract their handful of followers. Even knowing full well that their party always causes both economic and employment disaster, the people that it affects the most still vote for them.

There will always be a few Lemmings out there; rushing blindly for the precipice. The sad part is; they think they're acting on behalf of  'the working man'. One thing is certain; as Scargill showed the world, they ain't.