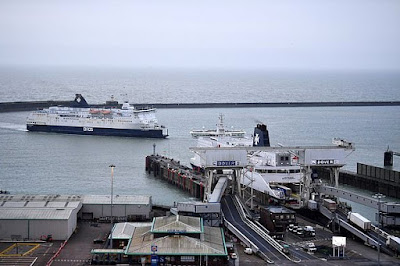 33 illegal immigrants were recently discovered trying to escape FROM the UK in the back of a lorry that had arrived in Calais from Dover. Yes, FROM Dover, TO Calais.

It seems that these immigrants-come-emigrants feared 'mistreatment' after the UK's exit from the EU, and were now attempting to return to mainland Europe.

Having been discovered by the French authorities, 31 of them were returned to the UK, which not long previously had been their shangri-la. One has to wonder if, on their return, the UK authorities asked to see their 'papers'? Failure to provide, could, I imagine, have meant being sent back to Calais again!

All this after a record 102 illegals had been caught, going in the opposite direction, trying to gain access TO England, last Friday.

One has to wonder if they didn't wave to each other mid-channel. It really is a funny old world.