The next Mayor of London? 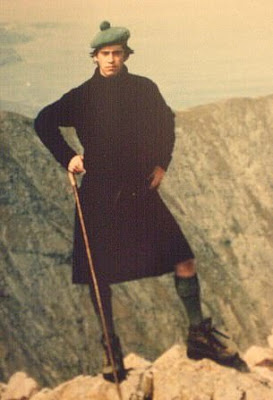 The race is on for a new Mayor of London, and Rory Stewart (above) has thrown his hat into the ring.

Electioneering takes many strange forms, but Rory's must be one of the strangest. He has asked ordinary people from each of London's 32 boroughs to invite him to stay with them overnight; he promises to bring his own sleeping bag and toothbrush.

He wants to meet 'ordinary Londoners' in their own homes, to discuss their concerns.

By contrast, if he was simply to visit each of the boroughs for half a day, he could get round all of them in a couple of weeks. Talking to people as they go about their daily business might be more informative than staying overnight in someone's flat. But maybe Rory has some alterior motive up his kilt.

There is no question that ex-MP Rory is a highly intelligent man, some may say on a par with Boris; but high intellect is not the only attribute required to be Mayor of one of the world's greatest cities.

He needs a working knowledge of roads, traffic, infrastructure, taxis, busses, the tube, housing, rich areas, poor areas, parks, monuments, and just about everything else that makes London tick.

I don't know who his rivals are for the job, but he'd probably have my vote. His CV must be one of the most impressive in the whole of the UK.

Yup; I think he'd make a good Mayor; just ditch the idea of the sofa-surfing!