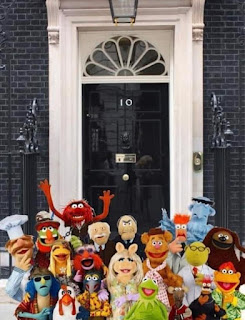 First it was the Liberals in sunny Bournemouth, where schoolgirl Jo Swinson's only policy was to 'remain' in the EU, regardless of what her party members seemed to think.


Then it was the Communists Marxists Socialists in the chic south coast town of Brighton who promised to reduce the standards of education by banning all high-flying private schools, and possibly making Oxford and Cambridge into Polytechnics.

They also want to abolish all illegal immigrant 'Detention Centres' (great idea), force compulsorily purchase of all empty properties, introduce 'rent capping', and have the right to buy any privately let housing.

They want no restrictions on the use of the UK's NHS, schools, or courts, by international legal or illegal immigrants. A true Socialist 'Free for All'.

Also high on their list is to give 10% of any Company's shares to its workers each year, as well as introducing a 4 day (32 hr) week with no pay cut. Voting age would be lowered to 16. 'Re-wilding' 25% of Britain's best agricultural land is also a major policy, which would help with post-Brexit food production (erm; is that right Jezza?). All sooper-dooper policies.


Next it was the Tories (the people's party) in more down-to-earth Manchester. They promise to build 40 new hospitals, outlaw the import of African hunting trophies, give a good-talking-to to anyone found with a knife (or fork) in their pocket, legalise pinching girls bottoms, and make Boris 'King of the World and the entire Universe'.

With a General Election on the cards; the choice is yours!