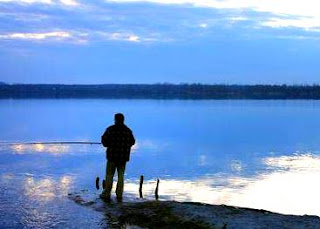 I suppose I've been pretty lucky. My people died at roughly the ages when one expects such things, but many are far less fortunate. One such was my old school friend J.

We were at Prep' School together (Roughly 8 -13). J's mother had already died when he was younger, and it had caused him huge pain. Then at the age of about 12 he received the devastating news that his father had also died. He had gone to hospital for a routine knee operation, and through unrelated complications (for which he'd received further treatment) lost his life.

Private schools in the UK don't come cheaply, and poor J had not only lost both parents, but also the means to attend one of England's top schools, to which he'd aspired. He was eventually sent to a local Grammar school. Everything had gone wrong, and his life had suddenly taken a nosedive. He felt totally lost and abandoned; even a tentative approach to 'God' provided no solace.

I cannot begin to imagine how that felt for him. After one particular Email, a few years ago, he thanked me, and another friend M, for our kindness through the worst of it; although I think he exaggerated any part we'd played in helping him with the pain he must have felt.

J is the only person I know to have experienced such cruel life-changing circumstances, but, of course, he is just the tip of an enormous iceberg. Children the world over experience all sorts of horrors, all the time.

Life will never be 'fair'. Some will sail through with ease, whilst others struggle to survive.

I'm pleased to say that J now lives a happy and fulfilled life in NZ, and has a loving family of his own. He continues to be high on my Christmas card list, and at this time of year I'm always reminded of his appalling bad luck (for that is what it was).

Luckily he was a survivor; others are not so fortunate.

p.s. J is a keen fisherman, hence the illustration. I imagine it gives him the peace he needs to reflect on the terrible tragedy he faced at such a young age. I send him my love.