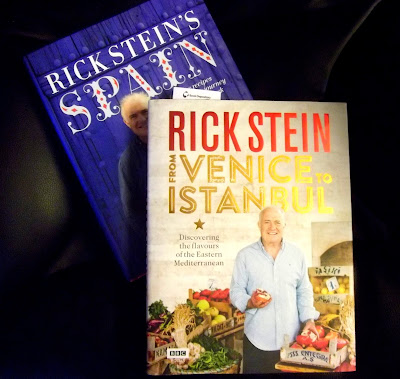 I don't know how many Rick Stein books I have; maybe 10.

The above two are my latest additions. Food from Spain, and from the Eastern Med'.

More than most other food writers, Stein has a genuine understanding of the social and geographical significance of both his ingredients and their usage. He loves the utter simple just as much as the multi-starred posh.

In the introduction to his 'Venice to Istanbul' he talks of the simplicity (and perfection) of a Greek salad. One is immediately reminded of those delightful beach-side island Tavernas, of Retsina and Domestica, of warm nights under the stars that one prayed would never end.

I regret that I never attempted to learn Greek; I would have loved to own a small fisherman's cottage on some tiny Cycladean island. Zorba would have danced for me, some smiling elderly grandmother would have cooked for me, and my table would have been home to fishermen farmers and wine makers (as well as Stein himself). 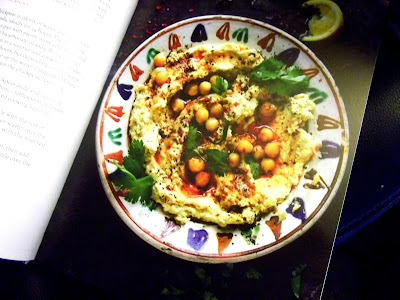 Recipe books, especially Stein's, are as much travelogues as descriptions of foods. A pot of Hummus from Waitrose can never invoke the memories that the above photo can muster in an instant. Stein is my kind of cook, and my kind of tourist.

He seems to get it right every time.