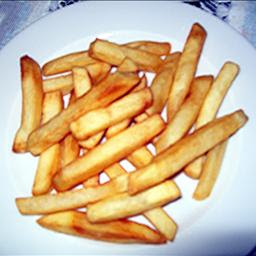 When I was a student, my diet (other than at weekends) consisted mostly of beer, with the occasional bag of 'chicken and chips' from the local chippie. I suspect that most students survived on something similar.... possibly even just the beer. (One friend had to be repatriated from Art College in Bristol, to his parent's home in Surrey, on account of malnutrition)

But there were highlights. I remember going to a 'dinner party' where all the guests were asked to contribute a course costing less than 50p (or was it 5p?). Mr Tom Stephenson (yes, he) arrived with a plateful of finely rolled Nasturtium leaves, the insides of which had been lightly coated with Marmite; I don't remember what we took, but it was probably 'gruel', or something equally meagre.

A favourite 'home cooked' meal at the time was Lady Magnon's infamous 'bomb' of rice mixed with leeks and tinned sardines. I would have difficulty eating that now, but at the time it was 'haute cuisine'.

Another rather 'sophisticated' dish (which was for guests only) consisted of Cheap-o Chocolate Cup Cakes (The sponge bit upwards), sprinkled in Rhum, and topped with thick cream.

Otherwise all I can remember eating was mixed steamed vegetables (hot compost) with unleavened wholemeal bread. Atkins would have choked on his T bone!

I enjoyed being a student, even the dreadful food had a primitive charm. But thank goodness for those weekends at home, and my mother's pukka Sunday Roasts. A filled belly would almost see me through the whole week (other than the beer).