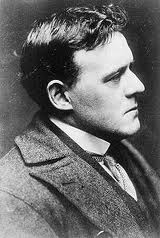 I've always been a Belloc fan. I would never claim to share any of his genius, but we are both Sussex men, and we both have a strong affiliation with France. I even (wisely) allowed my oldest son to share his name.

Like most people of my age, I first encountered Belloc through his 'Cautionary Tales' (I even own a first edition). Who could forget Charles Augustus Fortescue, Godolphin Horne, or even poor Jim, who ran away from his nurse and was then eaten by that Lion (always keep a-hold of Nurse, for fear of finding something worse). These are poems that follow us through life.

Later I discovered his wonderful book 'The Four Men'; the tale of a journey across Sussex from Robertsbridge in the East, to Harting in the far West. Perfect reading for a Sussex lad.

Strangely, for a Belloc fan, I've only recently discovered that there's a 'Night' (rather like Burns' Night) dedicated to the great man. Annually, on each evening of July 27th (Belloc's birthday), his army of fans gather to read his works; accompanied by bread, cheese, and pickles.

I always seem to be suggesting things, but anyone with small children, grandchildren, or next-door-neighbours of a delicate age (who have NOT had the pleasure of Belloc's 'Cautionary Tales') should buy a copy at once. You'd never regret it!