My Time Spent In A French Lunatic Asylum. 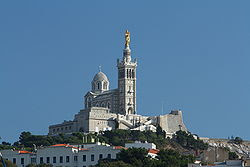 I know you'll find this difficult to believe, but it's true; Cro did spend some time in a French Lunatic asylum. Or should I say a Hospital for the Perplexed.

It was probably around 1975. We had driven down to a quarry near Aix-en-Provence to pick up some stone. We were cutting some poolside furniture for a client who wanted a particular stone that was filled with shells.

Overnight we were to stay with my friend's family, but no mention had been made of where; nor did I know that his father was the chief psychiatrist at Marseilles' main Mental Institution.

My first indication of being somewhere 'unusual' was when one of the domestics (a trusted female inmate) returned from a shopping trip, and she had bought everything RED. That evening we ate an entirely RED meal. Potatoes, Bananas, Oranges; you name it, it was RED. All cooked and served, of course, by more domestics (more trusted female inmates) who left me feeling distinctly uneasy.

The family's apartment was not big, and I was bedded down on a sofa in the sitting room. All night I could hear strange noises; some directly outside the door. I didn't sleep a wink.

As soon as it was light I started drawing. The view from the sitting room window was staggering; it looked straight across Marseilles' rooftops, and up to the hilltop Basilica of Notre-Dame de la Garde. My friend's father took a shine to my finished drawing, so a photo of the Basilica will have to suffice.

I'm sure I was in no danger; but it certainly didn't feel like that at the time!