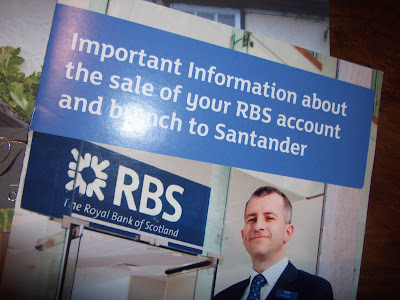 Lady Magnon has just returned from a couple of weeks in Blighty, bringing back a few items of unwanted post for me; which included the above.

Just imagine how thrilled I was to learn that my BANK ACCOUNT and BRANCH has been SOLD to Spanish wonder-bank SANTANDER.

My bank has seen many changes over the years. I set up my first account with them in 1964 when they were known as 'Williams Deacons', a small private non-clearing bank in the City of London. This later became 'Williams and Glyns', and eventually turned into RBS... I stayed with them simply because I was too lazy to change. 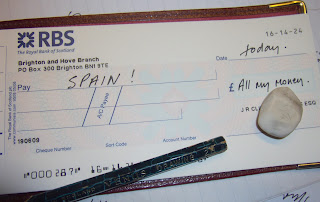 One might have expected things to have been the other way round, and RBS bought Santander!..... I wonder if the National Bank of Greece also put in an offer!

Q. Why do you think the man in the top picture looks so bloody SMUG? No prize for the plainly obvious answer!