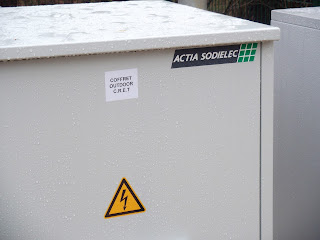 In 1994, M Jacques Toubon introduced a law in France (The Toubon Law), making it madatory for all official publications to be written in FRENCH. He also 'encouraged' all others to avoid the use of English.

Why? I hear you ask.... Don't the French speak French any more? Well, it seems not; they prefer English, hence the law!

I'm with 'Allgood' on this; the French have a perfectly good language, why not stick to it?
Posted by Cro Magnon at 05:52