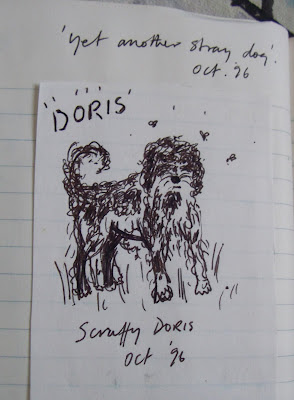 Over the years we've accommodated numerous strays; both cats and dogs. Scruffy Doris had (I imagine) been dumped by a returning holiday-maker, and I found her soaking wet on a main road; miles from anywhere in a storm. She was a nice little dog, but had a penchant for digging huge holes. One day she simply disappeared. The drawing actually depicts her quite well. 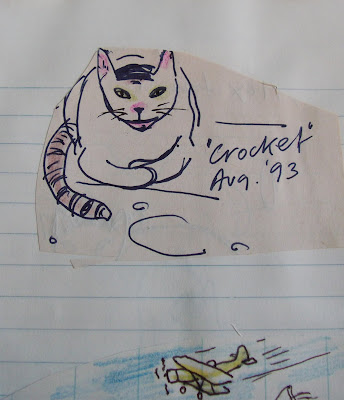 Crocket was one of the ugliest cats I've ever seen. The reason I named him/her 'Crocket' was that I thought he/she would have made a reasonable back-woodsman's tailed hat..... but even then.

I try not to judge animals by their looks; they're all nature's offspring, however unpleasant looking. 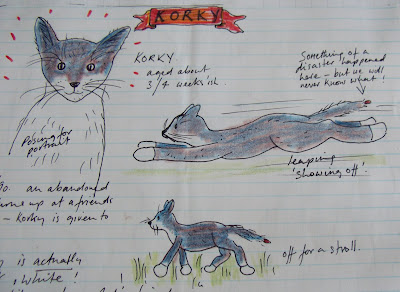 And then there was Korky, who was found underneath a friend's car. Something nasty had happened to the tip of his tail; run over maybe (I hope it was nothing nastier). He was a nice cat, and kept us amused by tearing about chasing invisible foe.

There have been lots of others. These silly drawings all come from my 'Scraps' book, into which I glue records of everyday events; it contains some seriously bad drawings.