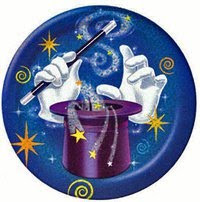 When I was small, I had a friend called Richard Hunter. Richard had been born a twin, but sadly his non-identical brother died in a very tragic road accident.

At my birthday parties my mother would occasionally perform magic tricks, and at one such party Richard was so impressed that he asked her to change him into a girl (believing her capable of miracles)! At the time it seemed a strange request, but I thought no more about it.
On reflection it was a very revealing occasion. Here was this young boy (7, maybe 8 ish) who instinctively knew that he had been born in the wrong body. He WAS a girl, but his body had somehow been swapped for that of a boy.
Richard was always very 'camp'. He was also very 'theatrical' and 'over-expressive'. We remained friends until the age of 13, then parted company to our upper schools. Sadly I lost all contact with him.
Richard is probably the only person from my childhood that I really regret letting go. I would love to know how life spanned out for him, what became of him, if he got his wish. People often think of trans-sexuals as wierdos or perverts; this was certainly NOT the case with Richard, his was simply a fault of nature. Whether he did anything about it; I have no idea.
So, if anyone knows of a Richard (or even a Rachel) Hunter aged about 64, tall, gangly, camp; please refer him to this page.... I would love to see him again. Thank you!
Posted by Cro Magnon at 05:44