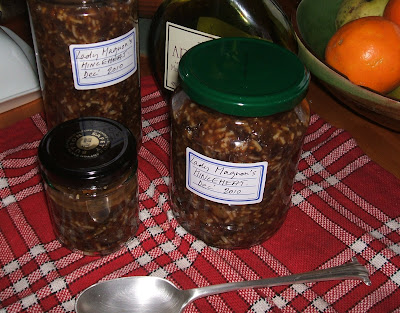 Lady Magnon always makes her own Mincemeat. Not only is it not available ready-made here in France, but hers is much better anyway. The recipe is from an old traditional English cookbook that was given to her by my mother not long after we were married (she no doubt feared that I would otherwise have been forced to eat Swedish Raw Herrings for the rest of my life). 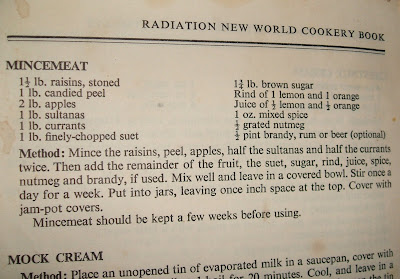 Lady M adds Chopped Prunes and Armagnac to her mélange; giving it a slightly local flavour.

If you live somewhere where Mince Pies are NOT a Christmas tradition, then take note. Christmas just ain't Christmas without Mince Pies and Hot Punch (even on the beach in 35 degrees of sunshine). And don't forget, whilst he's delivering presents, they're Santa's favourite snack.

p.s. When the children were young Lady M used to make large slabs of Christmas mince pie that were later cut up into small squares. These were put to cool on our large kitchen table. As soon as her back was turned we'd eat the lot... she'd be furious... What larks!