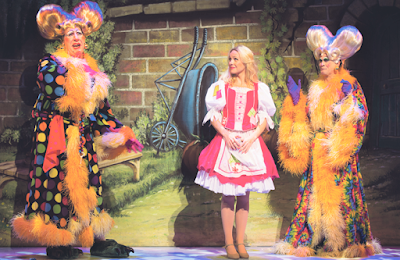 We are pleased to announce that the 'White House Players' panto this year will be that old favourite 'Cinderella'.

The story is as follows. Poor Cinders is harassed by her two ugly step-sisters Salmonella and Listeria. Her hapless father, the Baron Hardup, can neither stop their nastiness, nor halt the increasing popularity of Prince Charming.

Cinders receives an invitation to Prince Charming's ball, but her nasty step-sisters try to stop her attending. Eventually Cinders' Fairy Godmother comes to her aid and she arrives at the ball in all her beauty and glory.

Prince Charming notices her at once, and before the evening is over he asks for her hand in marriage. Baron Hardup, however, is not happy; he sees the marriage of Cinders and Prince Charming as a threat to his lofty position, and tries to stop their engagement. Cinders ignores her father, and with the help of her best friend Buttons, she overcomes his protests and marries her Prince. They live happily ever after.

Any reference to characters living or deceased is purely coincidental.